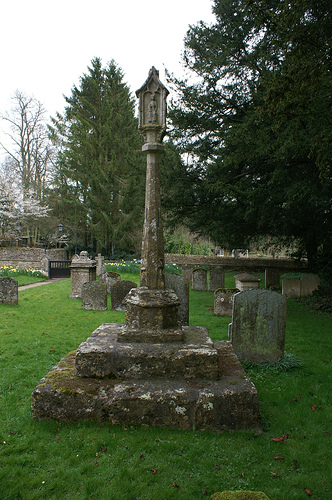 Quite a number of medieval stone crosses survive in our churchyards, when I say survive, very few are as complete as the fifteenth century example at Ampney Crucis in Gloucestershire which I show above. Usually all you find is a base and the stump of a shaft. Often people tell you that they were erected as a communal memorial for all those buried in the churchyards who had no monument. Well perhaps, but evidence seems to suggest that they served a liturgical as well as a commemorative function as stational crosses during outdoor processions, notably on Palm Sunday. One Palm Sunday it was customary for the people to gather at the cross while the clergy brought the blessed sacrament out of church in a shrine set on poles. The Passion narrative from Matthew's Gospel would be read at the cross, no doubt using the steps as a primitive ambo. Then the blessed sacrament would be carried in procession in a full circuit around the church, the clergy and people following. When they got to the main entrance of the church, the clerks carrying the sacrament would stop and raise the shrine above their heads. The people would enter the church under the shrine. The sacrament would then be taken back into church. The whole event was a symbolic recreation of Christ's entry into Jerusalem.

Anyway more in that glorious account of late medieval religion which is A. Duffy, The Stripping of the Altars (Yale, 1992), pp. 23-27.

Here's a woodcut of a medieval procession of the Blessed Sacrament, just to give you a sense of what I have described: 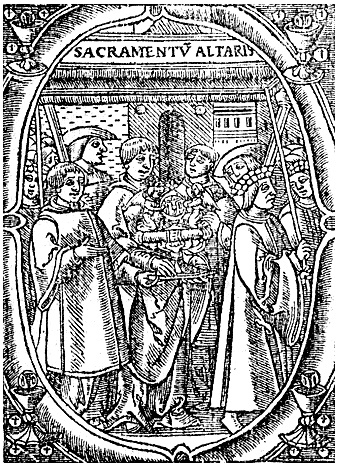 Also few more details of the head of the remarkable Ampney Crucis cross. One side has a figure of Our Lady holding the infant Jesus: 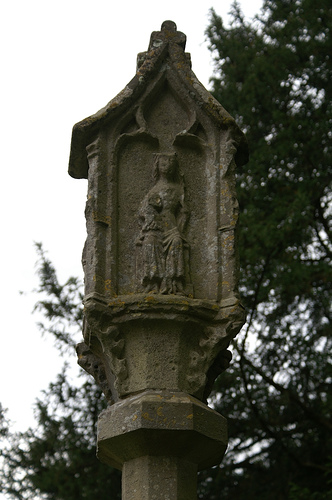 The other side has a representation of the Crucifixion, flanked by the usual images of Our Lady and St John: 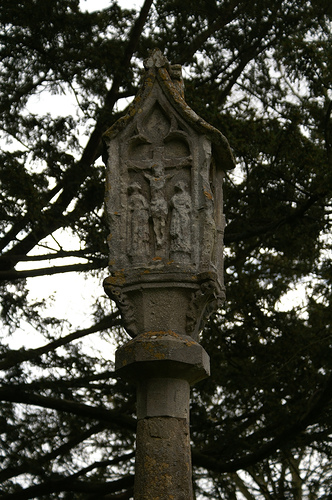 One of the narrow sides has a figure of St Lawrence and the other a figure wearing armour, perhaps representations of the donor who paid for the cross? Anyway the armour of the figure dates the cross to the first two decades of the fifteenth century: 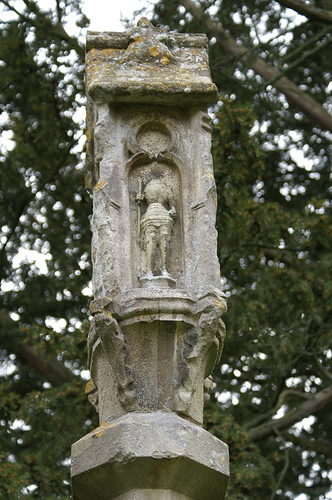 Lastly the exterior of the church itself: 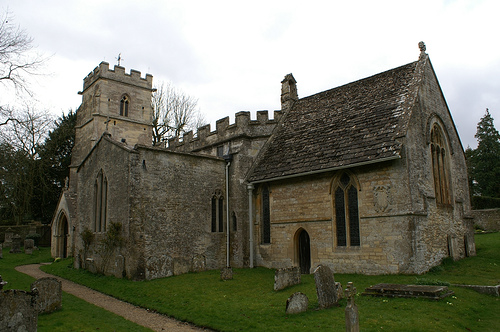 And some of the glorious fourteenth century wallpaintings in the north transept: 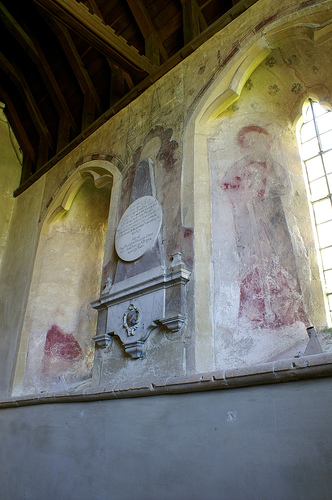 - The Lenten Rood Veil
Percy Dearmer, the author of the Parson's Handbook, was vicar of St Mary's Primrose Hill in Hampstead, so it is no surprise that this glorious church has a full set of Lenten array. The church also follows the pre-Reformation practice of veiling...

- Medieval Crosses
Between 2002 and 2005 I worked as a tutor for the WEA and I used to run a whole series of courses on art and architecture across North Yorkshire. One of the courses I ran in 2004 was on the Gothic Revival and during the course I took my students to the...

- Holy Cross Day Part Ii - The Exaltation Of The Cross
Morley, Derbyshire, originally uploaded by Vitrearum.I have been reminded that in medieval calendars the Invention of the Holy Cross, the discovery of the True Cross by St Helena, was commemorated in May the 4th. It is only in the modern calendars of...