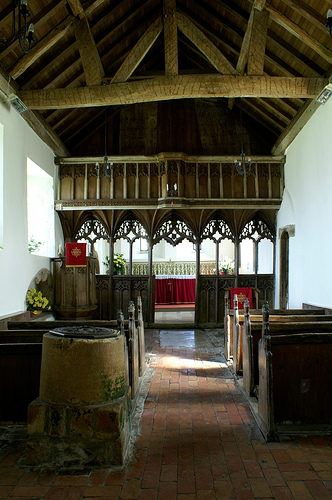 The church of St Edith Coates-by-Stow appears to have avoided the notice of the sixteenth century reformers and has preserved it's pre-Reformation fittings more-or-less intact. 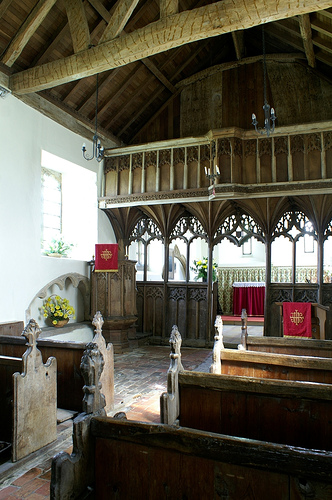 It's in a fairly isolated spot, with only a farm for company, so it's perhaps no surprise it is so well preserved. There is nothing particularly fancy about the furnishings of this building, and as such they are probably fairly representative of the medieval furnishings many country churches have lost. The church itself is essentially a Norman building, rebuilt in the fourteenth century. Windows in the nave and the tub font betray the Norman origins of the building. Like many churches of this period it was refurnished in the fifteenth century. And the rood screen, complete with its loft, a traceried pulpit and poppy head pews all date from this one campaign. 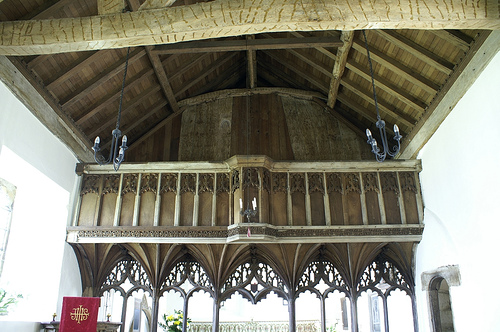 The loft, which has a projecting desk in the centre, perhaps used for reading the Gospel? or bidding the bedes, is backed with a simple plank typanum. The rood was evidently painted onto this typanum, as the head of Our Lady appears ghostlike against the worn oak background. The centre part of the typanum, where the cross would have appeared, has sadly been renewed. 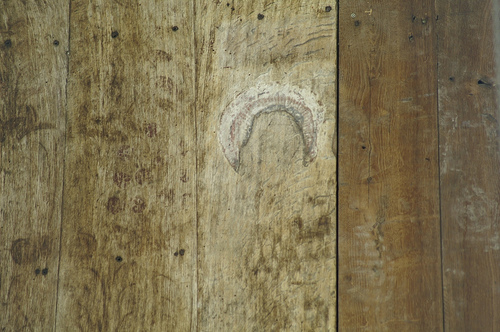 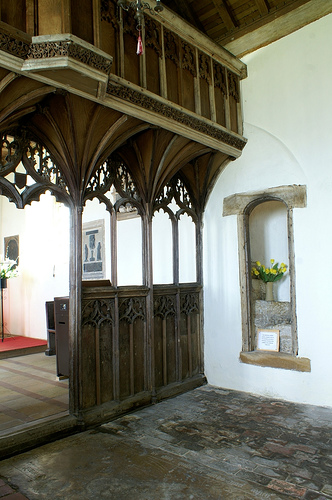 The dado of the screen and the loft are decorated with blank tracery and delicate carved foliage. The glorious silvery oak of the furniture, mixed with the stone and brick of the floors makes for an evocative building with immense charm and texture.

I am in the middle of packing at the moment. In two weeks time we move to Saxilby near Lincoln, where I am to be assistant curate in the Saxilby group of parishes. In the New Year the Stow group of parishes, including Coates-by-Stow, will added to this group. I'm looking forward to the immense privilege of celebrating mass in this lovely building.


- Stone Altars And Godly Texts, Continuity Of Use At Patrishow
In a remote valley on the edge of the Black Mountains is the tiny hamlet of Patrishow.   It's church, clinging to a narrow platform on the side of the valley, is said to be the site of a hermitage occupied by 'St Issui' and the church...

- More On Stow
In my last post I excused my absence from blogging, I've been quite busy in the parish over the last few weeks. I've been particularly occupied with arrangements for the solemn Eucharist for Candlemas that was held in the glorious surroundings...

- Chancel Of Coates
Coates by Stow, Lincolnshire, originally uploaded by Vitrearum.A response to the enquiry by Canon Tallis about the seating of the chancel at Coates. As you can see there is nothing to suggest the medieval seating arrangements here. The back of the screen...