Bodley and Garner in Lincolnshire 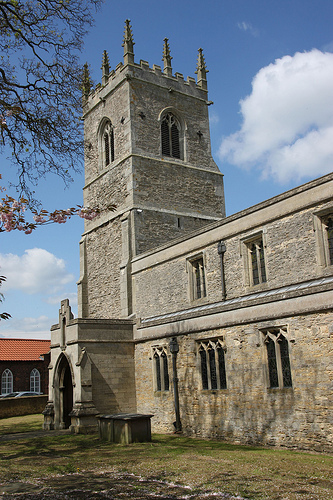 Friday was my day off, so I had a trip out with my camera to Laughton, near Gainsborough in north-west of Lincolnshire. I had visited this church before in the summer of 2005, but my photos were not good, so a new set were needed. The church was breathtaking in 2005 and as I stooped down to enter via the south chancel door the building was just as staggering. 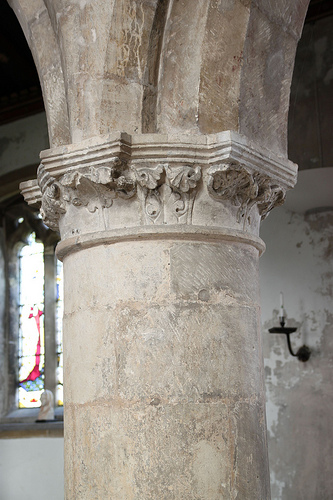 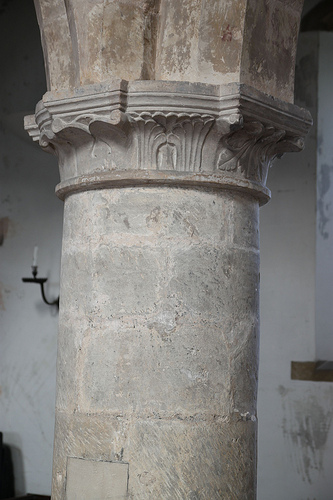 Before the 1890s Laughton church was a somewhat dilapidated medieval building. It had been a fine structure and the remaining high quality Transitional north arcade is ample evidence of that. I understand that the chancel was early Decorated and there was much Perpendicular work too. Among the treasures of the church is a fine early fifteenth century brass to a member of the Dalison family, appropriated by a later member of the same family. 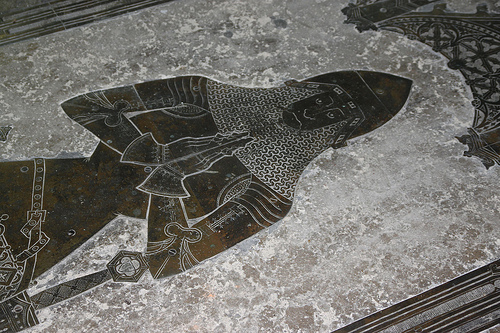 In the final quarter of the nineteenth century the lady of the Manor of Laughton and patroness of the living, was a widow, the Hon. Mrs Emily Charlotte Meynell-Ingram. The daughter of the first Viscount Halifax, she had married a wealthy MP called Hugo Francis Meynell-Ingram, who owned a considerable property, including Laughton and Temple Newsam hall in Yorkshire and Hoar Cross in Staffordshire. Tragically Hugo Meynell-Ingram died in 1871 in hunting accident, before he and Emily had any children. She a devoted churchwoman, who was greatly influenced by her brother, the Anglo-Catholic 2nd Viscount Halifax, set about building and rebuilding churches in her husband?s memory. The first work she undertook was the construction of the Church of Holy Angels in Hoar Cross, which was completed in 1876. It was a new building, designed by the fashionable Gothic revivalists G F Bodley and Thomas Garner. Here Mr and Mrs Meynell Ingram are buried side by side under marble effigies.

Twenty years after completing Hoar Cross, Mrs Meynell-Ingram decided to restore Laughton church and she turned to Bodley and Garner once again. The nave of the church was thoroughly restored and a new chancel was built in the Decorated style. The work of restoration was once again a memorial to her late husband and his effigy in white marble, a copy of that at Hoar Cross, is at the east end of the nave. Mrs Meynell-Ingram died in 1904, but her nephew and heir, Lord Halifax, continued the work of restoration at Laughton, which was finally completed in 1926 with the glazing of the nave by Burlison and Grylls. I will say no more and let the photos of this glorious, but little known building, speak for themselves. 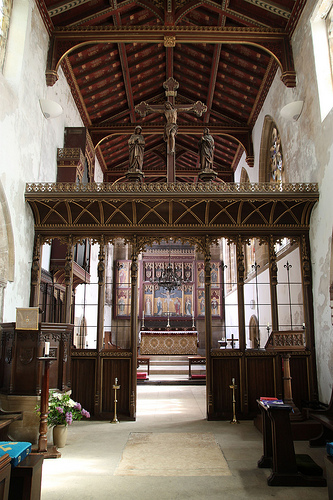 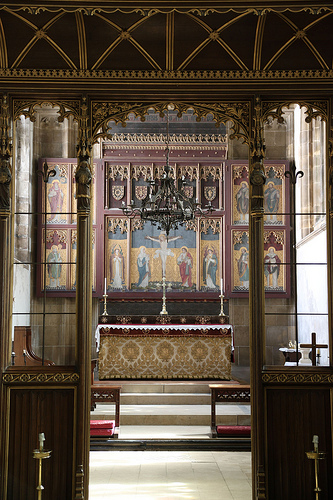 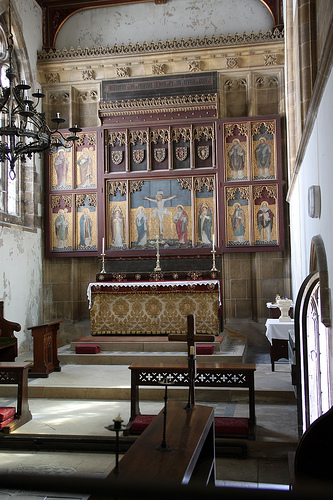 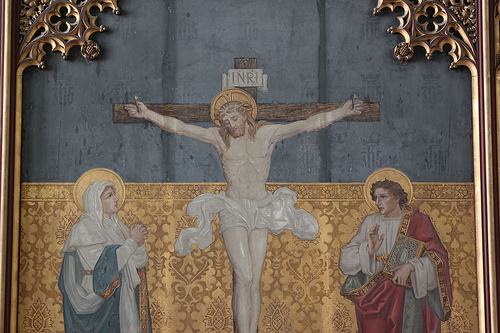 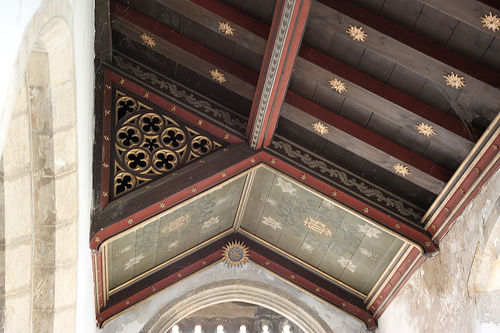 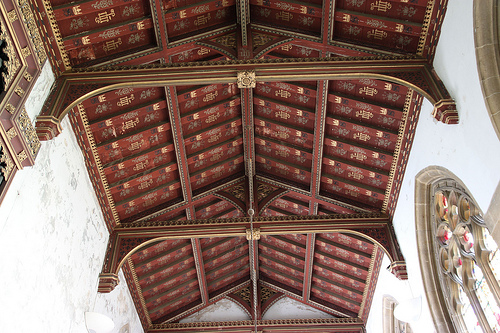 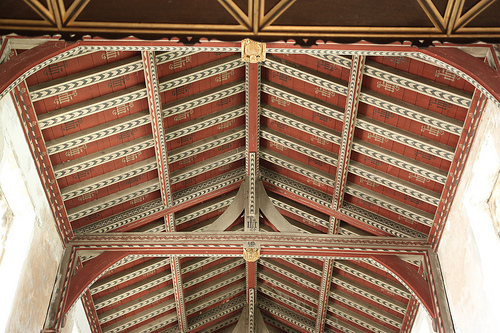 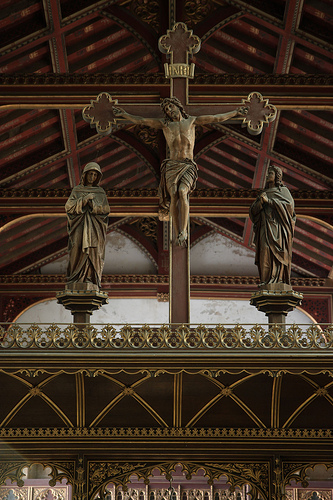 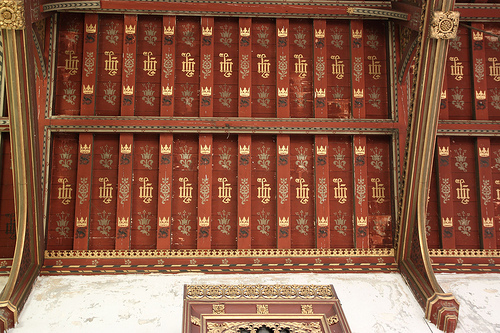 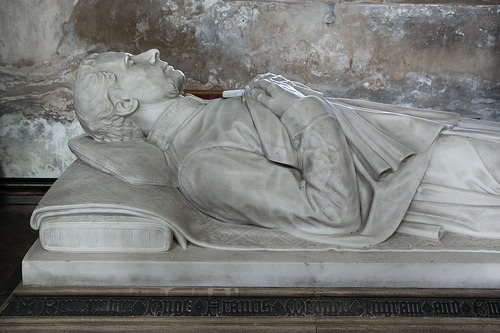 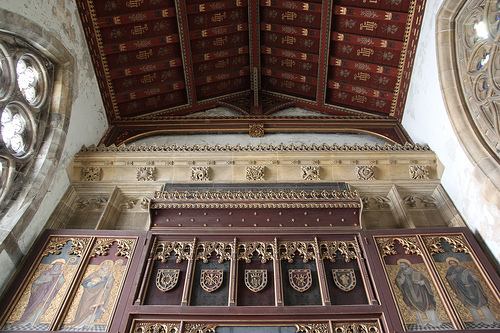 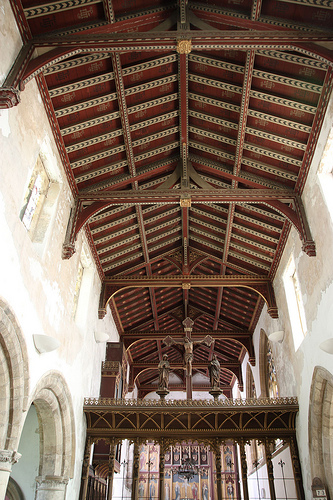 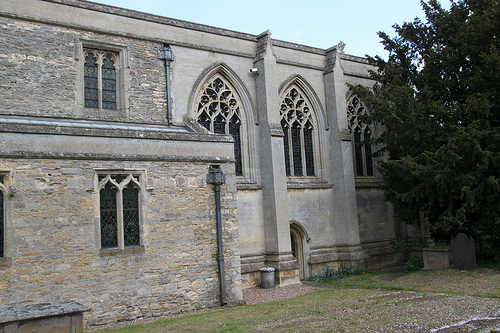 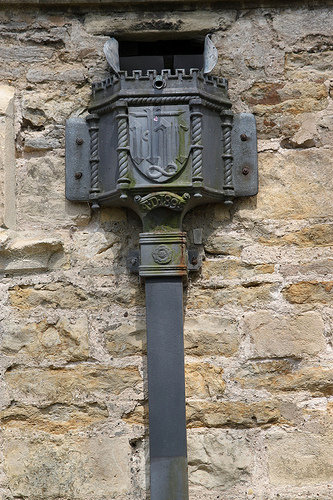 
- Another Atmospheric Interior
If you thought Nettlecombe had atmosphere, well Molland church on Exmoor, in Devon, has even more.  It is one of those churches that the Victorian's forgot and wasn't subjected to a drastic restoration in the nineteenth century.  Consequently...

- More On Stow
In my last post I excused my absence from blogging, I've been quite busy in the parish over the last few weeks. I've been particularly occupied with arrangements for the solemn Eucharist for Candlemas that was held in the glorious surroundings...

- Blakeney, Norfolk
Blakeney, Norfolk, originally uploaded by Vitrearum.Blakeney church stands high above it's village, which was once a major port on the north Norfolk coast. The church is for the most part a fifteenth century building, with a broad clerestoried nave...

- Brant Broughton Again
It wasn't just the chancel at St Helen's Brant Broughton that received the Bodley and Garner treatment, the late medieval nave was also restored. The roofs of the nave and aisles were lavishly recoloured. Bodley based the colouring of the nave...

- Invention Of The Holy Cross
Norbury, Derbyshire, originally uploaded by Vitrearum.This figure of St Helen holding the True Cross is an appropriate image for today as we celebrate the feast of the Holy Cross, or to give it its western title Exaltatio Sanctae Crucis, the 'Raising...