If you thought Nettlecombe had atmosphere, well Molland church on Exmoor, in Devon, has even more. 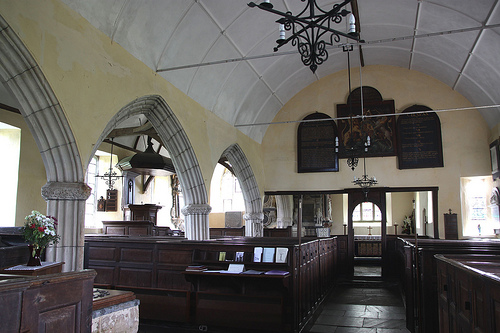 It is one of those churches that the Victorian's forgot and wasn't subjected to a drastic restoration in the nineteenth century.  Consequently the interior is a wonderful example of how the Church of England used a medieval building before the Ecclesiologists came along with their desire to medievalise and correct church interiors.   The church is divided into two rooms by a vast solid tympanum, decorated, as canon requires, with the royal arms and the Decalogue.  This solid screen, open only at the bottom, creates two rooms that were used for distinct purposes in the reformed liturgy, the nave for Matins and Evensong and for preaching, the chancel for the sacrament.  The box pews in the nave are all directed towards the vast towering triple decker pulpit, with it's tester, that dominates the north aisle.  The chancel contains enough space for the communicants to 'draw near' to the communion table during the communion service. 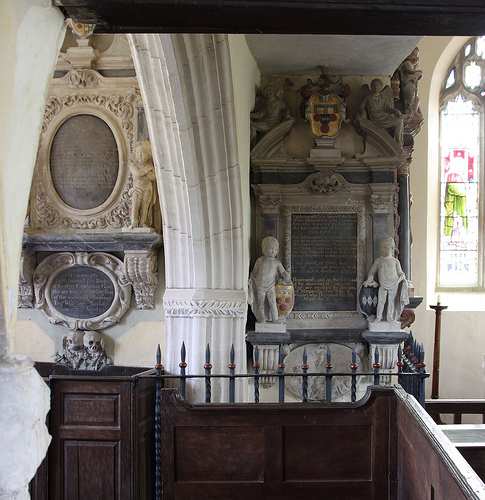 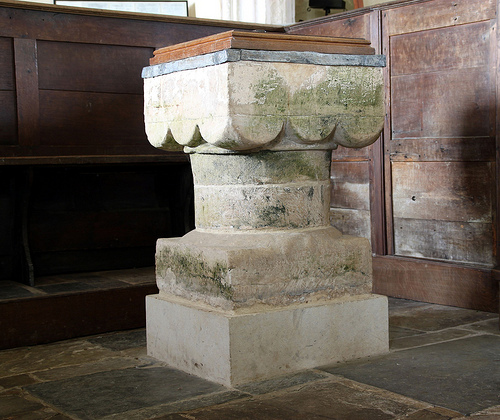 The east end of the north aisle and the chancel is crowded with baroque monuments and floor slabs to members of the Courtenay family, a cadet branch of the family that produced the Earl's of Devon.  The Courtenay's were recusants and their recusancy probably explains the lack of Victorian restoration at Molland, as they were probably fairly apathetic towards the parish church and it's liturgy.  The church was simply their burial place.
The church has some fine medieval features.  The Norman font, looks like a reused scalloped capital from a lost arcade. Perhaps it is?The heavily moulded fifteenth century north arcade has capitals of inventive and luxuriant foliage, typical of the west country but well worth noting.  Amid the sea of Georgian woodwork there are still some hints of Molland's medieval catholic past. A defaced little figure of St Mary Magdalene, set in a canopied tabernacle, pops up from a nave pier. She is mostly hidden by the box pews. 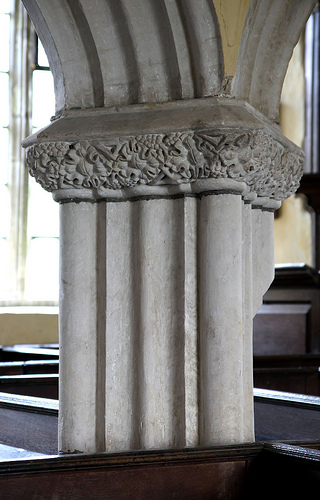 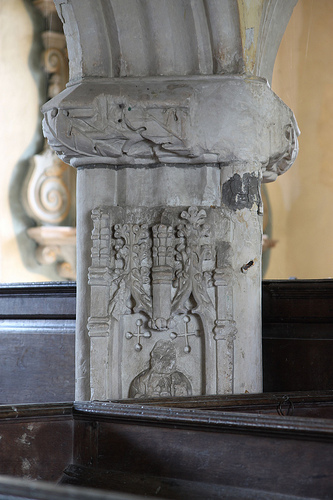 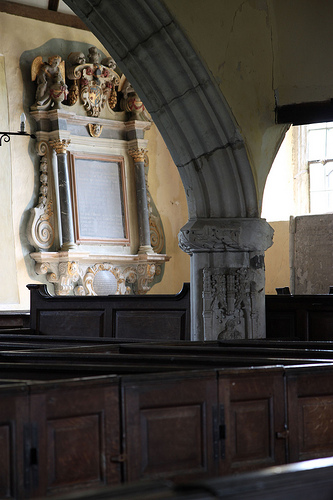 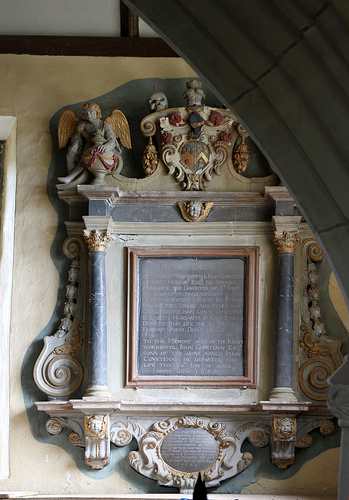 At the east end of the chancel there is an odd stone box, said to contain the hearts of members of the Courtenay family.  Maybe it does, but it seems to me that the elements that make it up are not in their original configuration, but are elements from a tomb chest.  In front of it is a purbeck marble coffin lid commemorating John Courtenay, who died in 1509 the year Henry VIII became king. 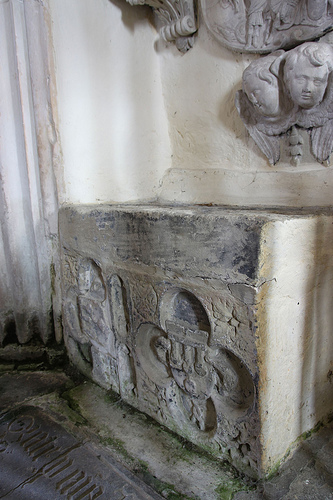 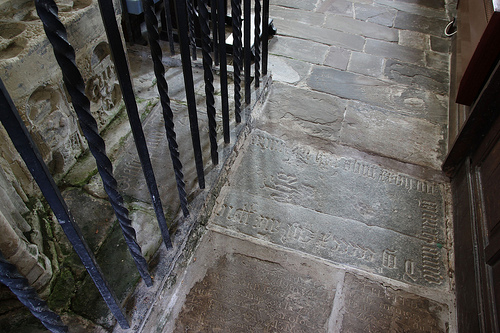 It is rather a challenge to photograph Molland church, there isn't a straight line in the place. That adds to the atmosphere and I am rather grateful that the Victorian's haven't 'fixed' and tidied up the leaning pillars, leaning walls and sloping box pews. 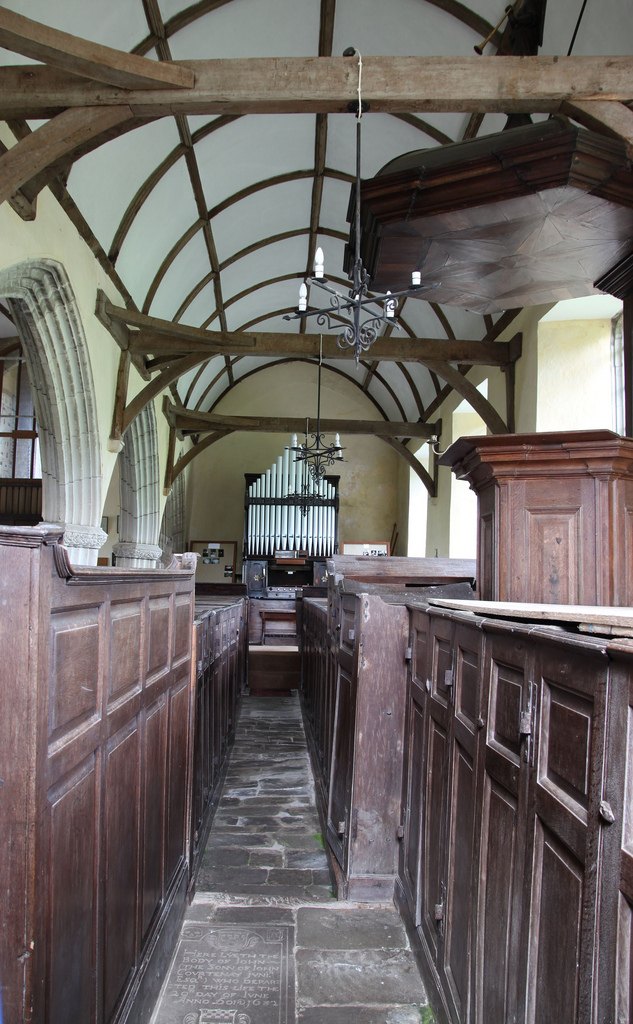 - How's This For A Bit Of Atmosphere
A fifteenth century Seven Sacrament font in Ham stone, sandstone recesses with thirteenth and fourteenth century effigies of the Ralegh family, a late medieval waggon roof, a patchwork of old flooring and a late seventeenth century tablet...