Hanging pyxes part II - some examples of its modern revival 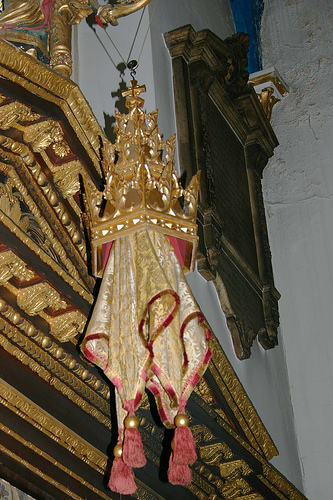 The Gothic revival architect Sir Ninian Comper was the first to reintroduce the hanging pyx into Anglican churches. The image aboveis of a hanging pyx introduced by Comper into the Grosvenor chapel in London. Its form with the triple crowned canopy, is based on the medieval example recorded in the Islip roll in Westminster Abbey. The earliest hanging pyx Comper installed was in the chapel of the clergy house at St Matthew's Westminster, sadly that has long gone. One of the earliest survivals is in St Wilfrid's Cantley, where the pyx is suspended from a tester above the high altar. 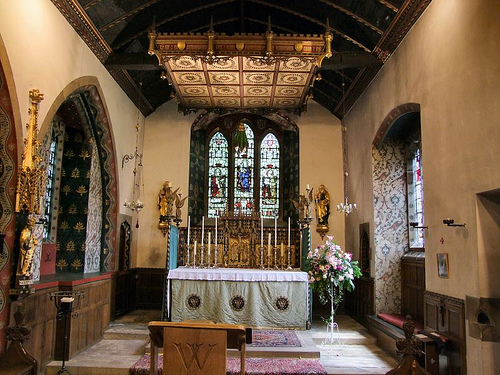 Other architects followed Comper's lead and also introduced the hanging pyx. It was popular in the main with those churches that followed the 'English Use' or Sarum brand of Anglo-Catholicism. Here is an example from the 1920s by Randall Blacking in High Wycombe church. 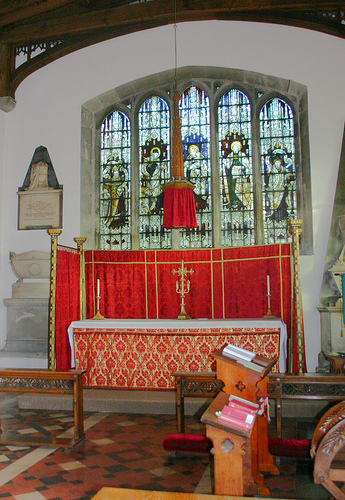 The hanging pyx at Tewkesbury Abbey, Gloucestershire is an even more recent addition, added in 1994 and designed by Stuart Birdsall. 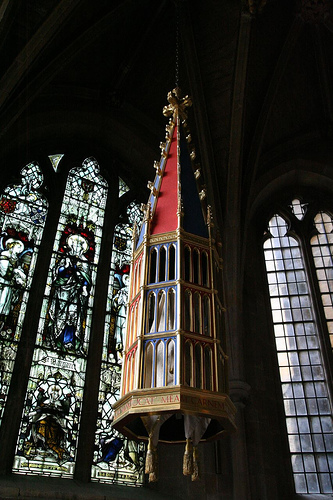 The unusual form of an openwork canopy surrounding the pyx and cloth is based on a thirteenth century example in Wells Cathedral. There is some debate whether the Wells example was a pyx canopy at all. 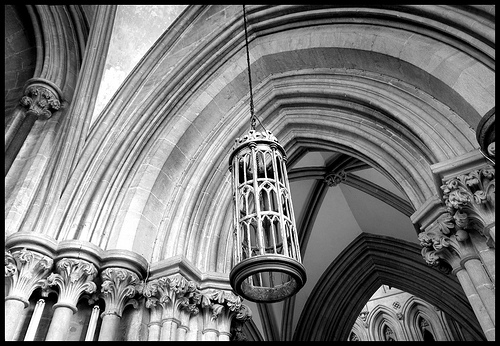 SarumSleuth has a photo of the 1970s hanging pyx in a side chapel at Ripon Cathedral by Leslie Durbin. The less I say about this one the better. 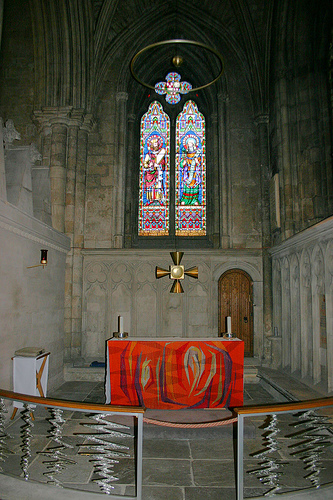 
- Some Thoughts On Our Lady Of London
One of my favourite images of Our Lady is the poster 'Our Lady of London' which was designed in 1935 by Martin Travers. I took this photo of it from a surviving copy hanging in a Nottinghamshire church. Our Lady has twelve stars around her...

- The Hanging Pyx
Bodleian, Rawlinson A417, f 37v., originally uploaded by Vitrearum. The Blessed Sacrament was always reserved in a medieval church, for two reasons. Firstly so that it was always available to be taken to the deathbed of the faithful so that they could...

- The Origin Of Two Of Sir Ninian Comper's Textile Designs
The Gothic revival designer Sir Ninian Comper (1864-1960) was a master at creating richly decorated ecclesiastical furniture and interiors. Many of the elements in his design work, notably his textiles, were derived from medieval sources, mostly North...