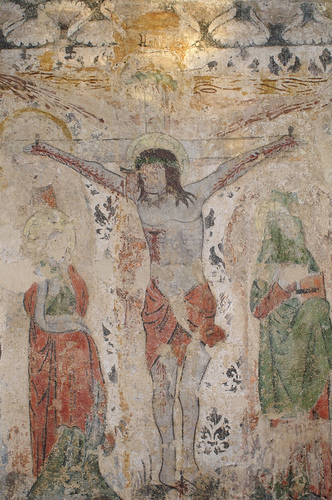 A palimpsest is a work or art or manuscript that has been painted on on or written on, scraped off, and used again. The word palimpsest comes through Latin from the Greek words ????? and ???, which is "again" and "I scrape". There are a lot of palimpsest wallpaintings about if you look carefully, in the Middle Ages it was common for faded wallpaintings to be repainted or painted over. Here at Combe in Oxfordshire, is a fairly obvious one. A representation of the Crucifixion dating to the late fifteenth or early sixteenth century has been painted over a larger and earlier representation of the same subject. You can see the cross beam, arms and head of Christ of the earlier painting, above the clearer later painting.


On the south aisle wall of South Leigh church, also in Oxfordshire, is a wonderful palimpsest wallpainting: a representation of St Michael weighing souls, with Our Lady trying to tip the scales through prayer. It has been painted over a much smaller version of the same subject. The later painting is evidently sixteenth century, the earlier painting less than a hundred years earlier. (The photo of the whole composition is by Martin Beek) 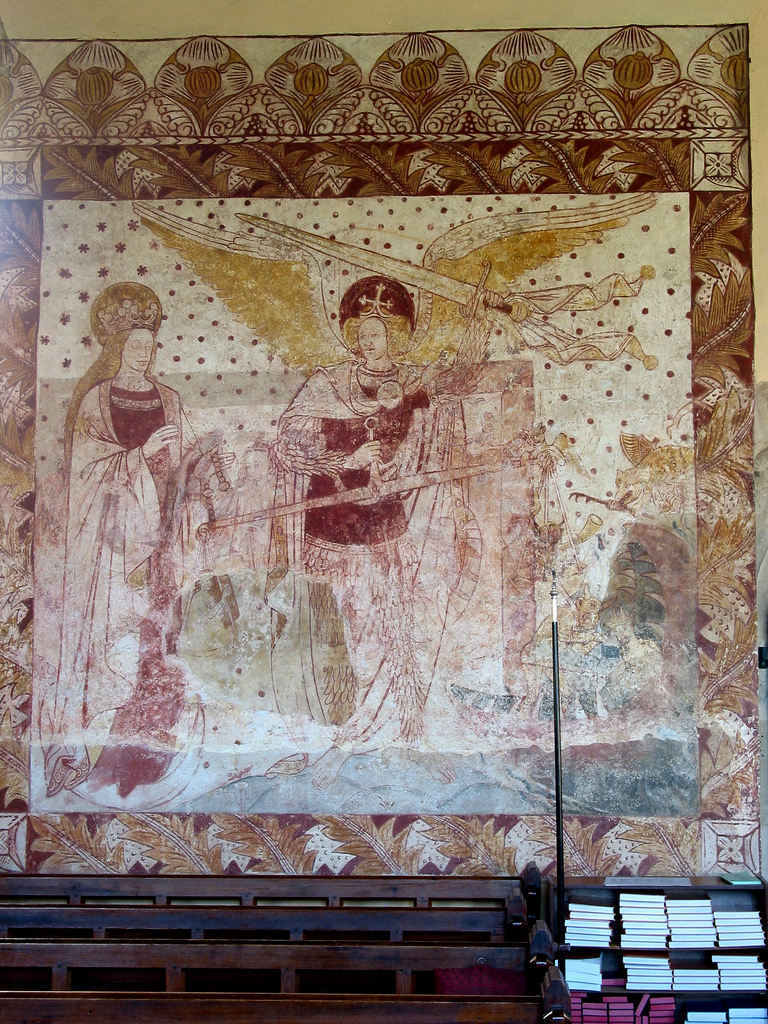 Here's my detail of the same panel. The faded head of the earlier St Michael is just next to the right arm of the later one: 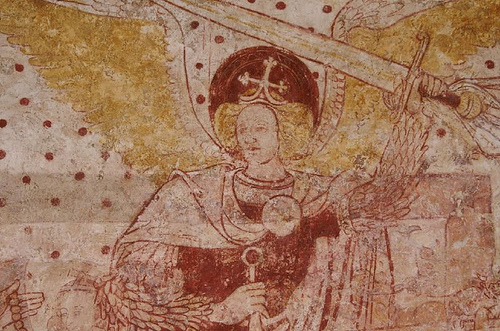 A good starting point for further study of English and Welsh medieval wallpaintings:


- Layer Upon Layer Of ...
East Shefford, Berkshire, originally uploaded by Vitrearum.medieval wallpaintings. The tiny church of East Shefford in Berkshire, now in the care of the Churches Conservation Trust has some fascinating wallpaintings in the nave. The east wall of the...

- Fourteenth Century Wallpainting
South Newington, Oxfordshire, originally uploaded by Vitrearum.South Newington in north Oxfordshire has a superb array of medieval wallpaintings. There is a spectacular series in the north nave aisle dating from the early part of the fourteenth century...