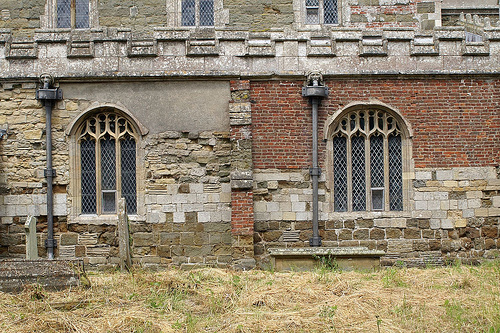 Lincolnshire churches, particularly those in the Wolds and some parts of the marsh have a wonderful texture due to the wide range of materials used. Take this wall at Theddlethorpe All Saints, it is built of materials brought from all over the region. Golden Yorkshire limestone, the cooler grey oolitic limestone brought fifty miles from Ancaster, green and brown sandstones brought from quarries twenty miles away at Spilsby and locally produced brick. Sometimes areas of walling have the remains of the roughcast that covered this patchwork in times past. 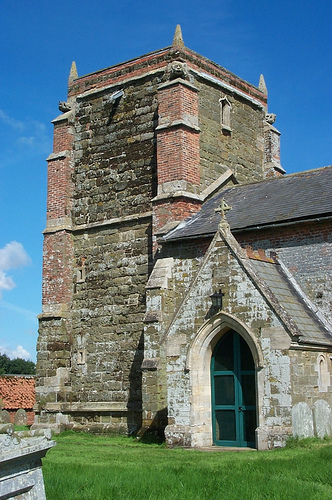 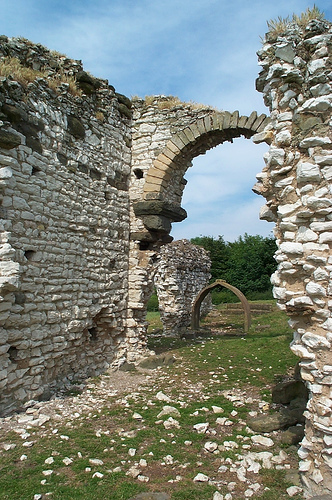 Calceby, mid Wolds - chalk with dressings in Spilsby stone. The chalk was cut from the wolds itself and was a very cheap and very friable building material. This was a poor parish. 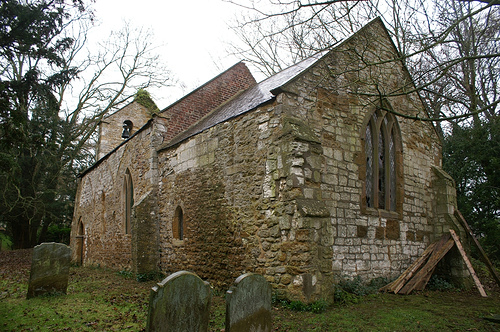 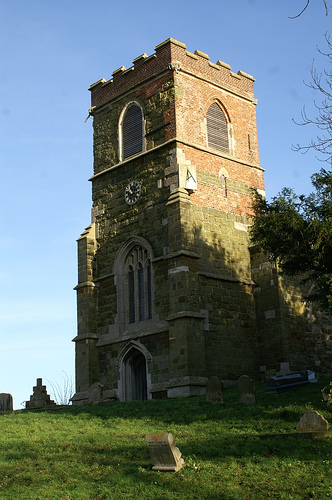 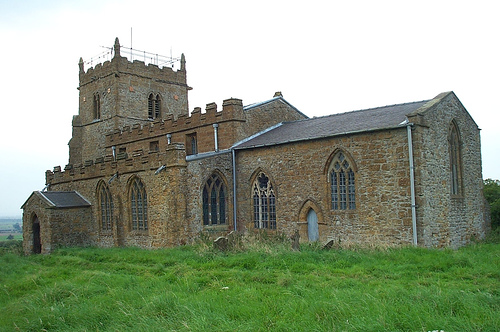 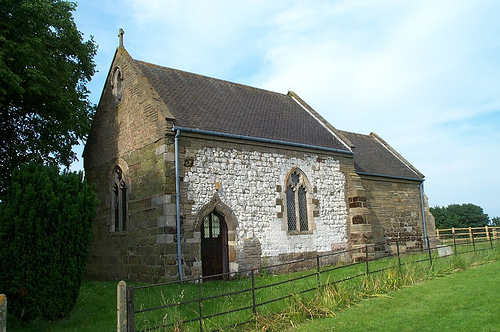 
- My Flesh In Hope Doth Rest
I recently came across these two lovely inscriptions, both in Lincolnshire Churches.  The first at Lusby on the Lincolnshire Wolds and the second is at Kettlethorpe close to the border with Nottinghamshire.  The Lusby inscription once formed...

- More Shadows Of Former Things
Theddlethorpe All Saints, Lincolnshire, originally uploaded by Vitrearum.All Saints, Theddlethorpe is in the remote coastal fringe of Lincolnshire. Many of the churches in this area are relatively unrestored and retain a lot of medieval fittings and...

- Sir John Bolle And His Spanish Lady
The Bolle Monument in Haugh Church, Lincolnshire Haugh church, Lincolnshire On the chancel wall in the tiny Norman church of Haugh in the Lincolnshire Wolds, is an alabaster monument. The monument is not that unusual, it has the typical Elizabethan and...