﻿ All that remains of a lost medieval church
Medieval History

All that remains of a lost medieval church 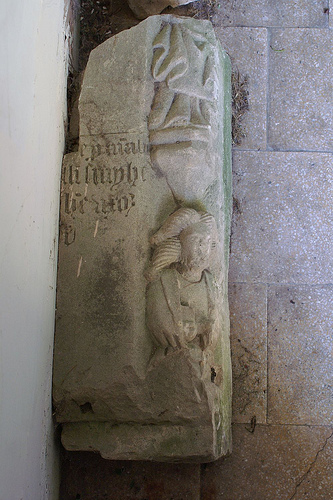 The medieval church at Hannah in the Lincolnshire marsh was demolished in the eighteenth century and replaced with a rather charming classial building. All that remains of the medieval building are one or two elements of a fifteenth century door. If the fragments are anything to go by the building was rather fine. The jambs of the door were decorated with standing figures of the twelve apostles, each holding their attributes. On one stone is a fragmentary inscription asking for prayers for the soul of William Smythe and his wife, presumably the donors of the doorway. All very interesting. 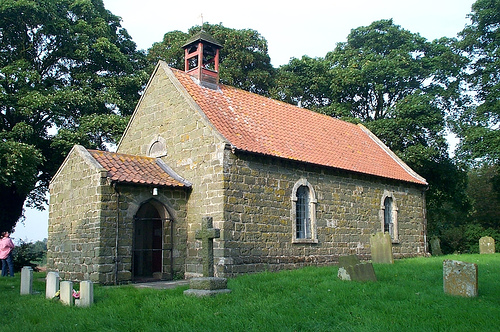 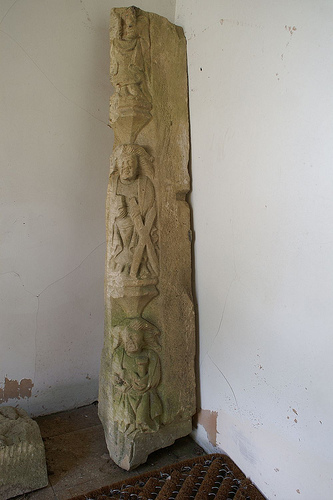 St Andrew with his saltire cross and St John (?) 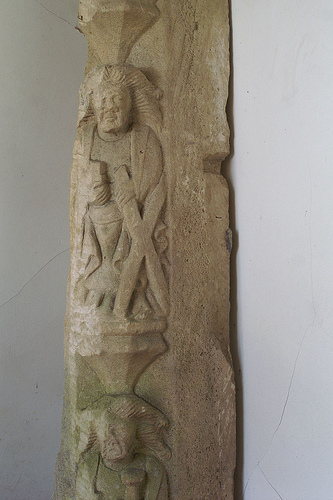 
- Bodley And Garner In Lincolnshire
Friday was my day off, so I had a trip out with my camera to Laughton, near Gainsborough in north-west of Lincolnshire. I had visited this church before in the summer of 2005, but my photos were not good, so a new set were needed. The church was breathtaking...

- Coates By Stow - A Few More Photos.
This view of the church from the south was taken by Tudor Barlow. The simple two-cell plan is evident, the south door with its zigzag ornament revealing that the church is essentially Norman. Notice also the tiny little two-light window that illuminates...

- Spandrel Paintings In Lincolnshire
Friskney, Lincolnshire, originally uploaded by Vitrearum. Lincolnshire is not known for its medieval panel paintings, but recently I came across these two naive censing angels at Friskney in the Lincolnshire marsh. They are painted on the eastern spandrels...