﻿ 'who caused this church to be built'
Medieval History

'who caused this church to be built' 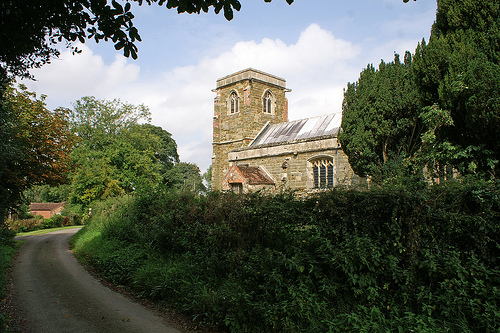 The atmospheric littlee church in the hamlet of Bag Enderby in the Lincolnshire wolds is a Perpendicular building built from beginning to end in one campaign. A simple brass inscription set into a slab in the centre aisle of the church records a rare thing, the approximate date of the building and the person who paid for it. It tells us that Albinus de Enderby, who died in 1407, built the church and tower at his own expense.

This is just the sort of evidence of medieval patronage that I like and it is so very rare. It is a wonderful example of a medieval man of substance who through faith and devotion was willing to apply his wealth to the service of the church and facilitate the worship of God in his community. His action was repeated across medieval England, but rarely is it so well recorded. It is apparent that Albinus would have spent a considerable amount of money on the new building. It is built mostly of Spilsby stone carted from quarries twenty miles away with Ancaster stone dressing brought from the south of the county. 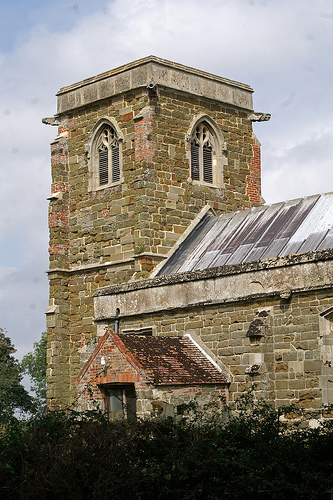 
- Bodley And Garner In Lincolnshire
Friday was my day off, so I had a trip out with my camera to Laughton, near Gainsborough in north-west of Lincolnshire. I had visited this church before in the summer of 2005, but my photos were not good, so a new set were needed. The church was breathtaking...

- Theft
Croft, Lincolnshire, originally uploaded by Vitrearum.Yesterday I drove down to Croft near Skegness ostensibly to photograph the glorious fifteenth century brass eagle lectern that the church has. There are only two dozen of these in the country. My...

- Where I Work - A Perpendicular Masterpiece
My title parish - Louth, Lincolnshire, originally uploaded by Vitrearum.I have the pleasure of working as the assistant curate in Louth in Lincolnshire. Among the six churches we have in our parish is the parish church of St James, one of the most glorious...